As per the latest report from Messari, Bitcoin and Ripple are the most popular cryptocurrencies in South Korea. The research relies on the data from Bithumb, Corbit and Coinone for the fiscal year 2019. 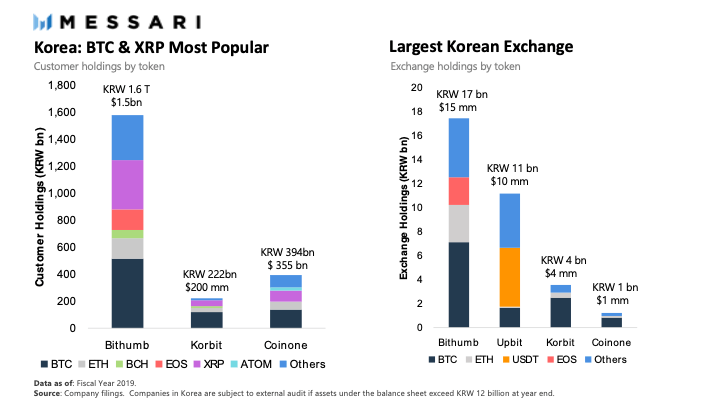 While BTC/USD recently justified its market favorite status with a fresh record top, also staying above the key SMAs, Ripple prices are on a shaky ground off-late.

That said, XRP/USD consolidates recent losses while picking up bids from the intraday low to 0.2690 during early Tuesday. Even so, the Ripple prices maintain trading below 21-day SMA while keeping the mid-January’s downside break of an ascending trend line from December 29.

Not only the sustained trading below immediate SMA and extension of the previous support break but downbeat performance under the falling trend lines from January 10 and December 25 also portray XRP/USD weakness.

As a result, the sellers are currently targeting the monthly low of 0.2400 while any further weakness will have to drop beneath the December 23 low of 0.2126 to please the XRP/USD bears.

However, any upside past-0.3010 will have to cross the confluence of 50-day SMA and a downward sloping trend line from the late-December, around 0.3530.

EMURGO, Ergo, and IOHK announce AgeUSD, the first stablecoin that will...

How to invest my money in the best way possible (10 ways to invest your...

This site uses cookies. By continuing to browse the site you are agreeing to our use of cookies Find out more here